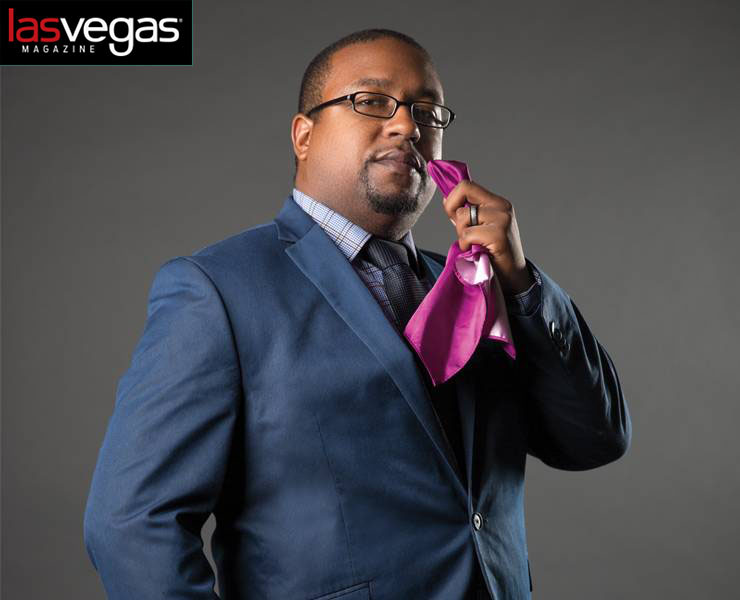 Date night is a valued tradition in Edward Thompson’s house. Every Friday night, Thompson and his wife go out for dinner in Las Vegas, and the restaurant they pick has to meet a pair of key criteria: 1. They can’t have tried it before, and 2. It has to serve food that photographs well.

In his spare time, Thompson is a local food Instagrammer, and those Friday night dates aren’t just a chance to catch up after a week of work with his wife of three years. They’re scouting trips and photo sessions for the 32-year-old’s Instagram account, @vegasfoodbaron.

“My wife hates it because she says we never go back to the same restaurant twice,” laughs Thompson. But, hey, you know what they say about variety and spice.

The Detroit native traces his love of food back to Michigan, where he was raised by a single mother who cooked restaurant-caliber meals at home. “We never really went out to eat,” recalls Thompson, but his mom made sophisticated dishes like salmon croquettes in her home kitchen. “I got my love of food from her.”

Today, it’s Thompson who does the cooking at home—barbecue and kalua pork and a special rosemary fried chicken at Christmas time, when the whole family races to snag a piece of grandma’s Million Dollar pie.

For Thompson, food is elemental and universal, a highlight of travels abroad (where he claims to have eaten the world’s best pizza in Naples, Italy), something everyone shares in common and a way to get to know home.

His best advice for visitors passing through Las Vegas is to venture off Strip and explore some of the locals’ joints pictured in his feed, places like Settebello pizzeria and Other Mama, where what you see in his photos is what you’ll get on your plate.

“I like to capture the food as it is,” he says.