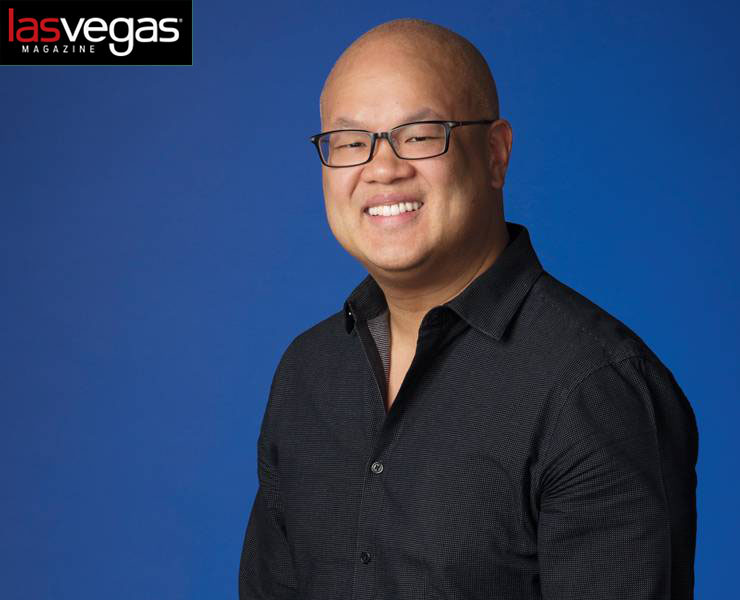 It all started in Japan. After 10 years in the New York music industry, Philip Tzeng was fed up. He felt jaded about work, bitter about the snow, ready for a change.

“I sold all my belongings and my apartment and moved to Japan,” says Tzeng, who spent two years teaching English abroad—and met his wife—before returning to the United States and settling in Las Vegas.

Tzeng had always appreciated good food, but in Japan his interest blossomed. Once the dreams of burritos faded, he was entranced by local flavors. “I loved all the cuisine. I ate sushi three meals a day in Japan. I would literally eat it for breakfast.”

Today, rainbow slices of raw fish make regular appearances on his Instagram feed, where Tzeng documents his culinary exploits under the handle @lasvegasfill. Though 10,000 followers tune in for his shots of tangled noodle pulls and tempura lobster tail, Tzeng says he’s still finding his visual style, using an iPhone X and a $60 light for images so brightly illuminated “it probably looks like I’m about to dissect a frog.” The highest compliment he gets is when commenters ask about his camera rig, assuming he’s wielding a DSLR instead of a smartphone.

But for Tzeng, the photo is just the medium to pay tribute to the cooking. Before he was on Instagram, he was a prolific Yelper, and even without social media, he says he’d still be going out, sampling Las Vegas’ restaurant scene, taking friends on culinary tours and indulging in everything from Joël Robuchon’s French fine dining to Carson Kitchen’s modern comfort fare.

Dining out about four nights a week does have some side effects. He rarely grocery shops, and restaurant leftovers often appear in the morning. “Foie gras for breakfast would not be entirely surprising,” Tzeng says. “I grew up in a household where we would have the leftovers from the night before for breakfast.” And it’d be a shame to waste that gorgeous food.