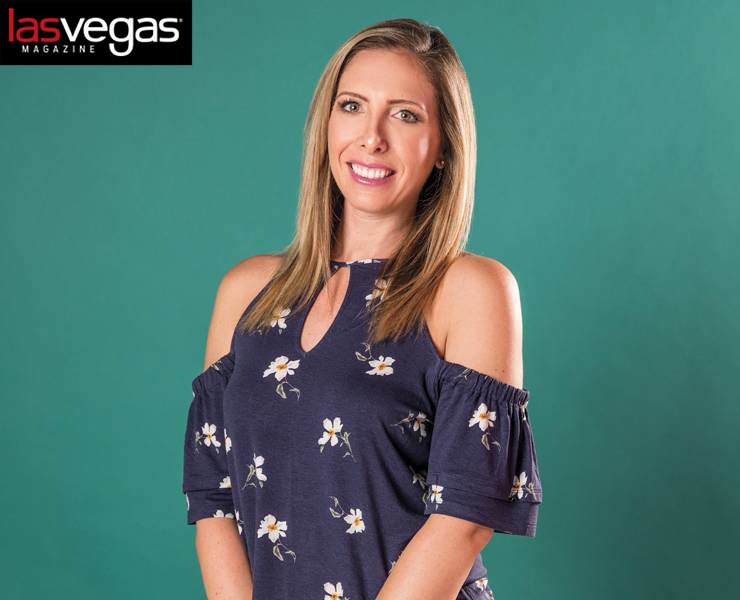 It all starts with the list on Lindsay Stewart’s phone. “It’s everything,” she says of the living to-do lineup of Las Vegas restaurants and cafes that the 31-year-old wants to sample, photograph and hopefully post on her Instagram feed. “(It) gets a little crazy sometimes.” The dishes and desserts that make the cut range from cheese-oozing deep dish to boba tea in light bulbs to ice cream tacos overflowing with toppings. What unites them is that they’re all luscious and enticing, the kind of images that elicit comments, tagging friends and demanding, “We need to try this!” To scroll @lasvegasfoodie is to get very, very hungry.

Stewart didn’t set out to be a visual restaurant guide to the city’s most photogenic eats. When she arrived in Vegas a few years ago with her poker player husband, the Los Angeles transplant used her feed to catalogue their culinary explorations. Gradually, she found herself pulled into a community of food bloggers and social media influencers. “Moving here and not having very many friends, this was a great way to make friends,” she says. “My husband was so tired of eating cold food. I met all these people who were doing the same thing. I felt like I was at home.”

Now, Stewart often tries restaurants alongside other foodie pals, who help each other with lighting and modeling, reaching across the table for a French fry or holding a towering cone of soft serve just so. “It can be really messy,” she says. “You get a lot of spectators. You can’t really be embarrassed of that. I think it’s so fun.”

Though Stewart swears she would never do anything dangerous to capture a quesadilla from the perfect angle, she does admit to placing herself in sometimes precarious positions, such as climbing atop a bar stool to nail an image. “(The manager) was like, ‘This is a liability,’” Stewart laughs. “I was like, ‘Hold on. I gotta get this shot.’”